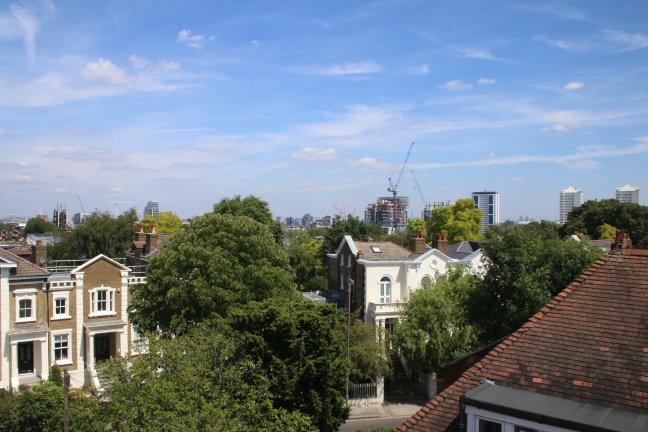 And what does it mean for Transport in our borough?

We all know there is a gathering consensus. Not just that climate change is happening, but that it is now tipping into Climate instability. The past year has shown us – the raging fires in Australia, California and Portugal; ever more powerful and destructive hurricanes sweeping across the Caribbean into North America; unprecedented floods in East Africa; equally devastating droughts in South Africa; Moscow’s temperature rising 1 Degree Centigrade every decade (not the 1 Degree since the start of the industrial age that the planet as a whole has experienced).

Last July Wandsworth Council responded to the huge 12,000+ petition Wandsworth residents presented by declaring a Climate Emergency. This message is to help us all get up to speed on what has happened since.

How unique is Wandsworth’s Declaration of a State of Climate Emergency?

A real head of steam is building up behind taking the Climate Emergency seriously.

Was there anything remarkable about Wandsworth’s Declaration in July?

Yes indeed. Conservative and Labour Councillors came together to adopt it. I know many local people will have said ‘Hats off’ to them for putting aside the usual party animosities and uniting to confront the single gravest threat that exists to the lives of the next generation.

And since that Declaration?

Wandsworth Council set up a small working team to draw up an Action Plan to decide what to do. The big fear was that many Councils would sit back after their Declarations and do little or nothing. In fact, only 35 Councils seem actually to have produced Action Plans so far. And Wandsworth is one of them.

Can you get hold of Wandsworth’s first Annual Action Plan?

Yes.  You can read it on-line.And print it out, if you like. It comprises 3 documents:

Has the Action Plan been adopted?

Last Thursday evening, 23 January, the Council’s Corporate Resources and Finance Overview and Scrutiny Committee (OSC) met to consider the Plan. It proved a most extraordinary evening to witness. And really exhilarating.

£5 million was earmarked to implement the first wave of measures to reduce CO2 emissions.

Is Wandsworth only trying to cut its own CO2 emissions as a Council?

Absolutely not. That’s the most important thing about the Action Plan. The first section is about what actions the Council will take to start reducing its own carbon footprint. But the second part is about the borough as a whole – and how the Council intends to lead the whole community of us living here into the actions we all need to take to reduce our own Carbon emissions.

Is anything else remarkable about this first Annual Action Plan?

Absolutely yes – its sense of urgency. It realizes we all need to act fast. Ten years is the horizon. By 2030 the Council and the whole Wandsworth populaton need to be ‘carbon neutral’. That is not the same as ‘zero carbon’. But it is a gigantic leap forward. It means that by 2030 all of us in the borough will have so reduced our carbon emissions that what we still emit can hopefully be largely balanced out by funding an equivalent amount of carbon savings elsewhere in the world.

What other commitments does the Action Plan make?

What does all this mean for Transport in our Borough?

Wandsworth Living Streets made a raft of suggestions to the Officers preparing the Action Plan during the whole process. Paragraph 28 of the Officer’s Paper summarises how they dealt with these suggestions. “Specific points raised on parking costs for Zip cars, differential car parking charges, charges based on emissions, numbers of car parking spaces and dropped kerbshave been brought together into two overarching actions – “ Exploring increased differential parking permit charges to discourage higher polluting and carbon emitting vehicles” and “Review policies surrounding parking to encourage a modal shift in transport from cars to alternative options (including exploring reducing the number of dropped kerbs) going forward”.

But there is one big disappointment in the Action Plan – barely no mention of Walking.  Yet Walking is the single most used way of making very short trips – to and from buses and stations, the local shops, leisure centres, libraries and so on. It is a failure on our part that it goes largely unmentioned. In this, of course, Wandsworth is not alone. Other Councils often do not realize the absolute centrality to so many Londoners of walking their short trips, and what they require of our streets to be attractive and safe to walk along.

The Task ahead of us in Wandsworth Living Streets

All of us individual residents, local groups and societies, must in the months ahead do everything we can to raise awareness among our Councillors and Officers in Wandsworth of how important Walking is as the most used, zero carbon way of travelling short distances. And what an important part a more Walking-enabling public realm – everything from pavements to road crossings – can play in reducing Transport sector carbon emissions, and at the same time improving people’s health and well-being.